Bank of Kigali (BK) on Friday, March 4 launched a Mortgage Center as part of the bank’s strategy to grow the retail segment.

Diane Karusisi, the Chief Executive Officer of BK said that this will help people to know all related information and assist them financially among other benefits.

“This place will help clients who want to buy a house to get information on what is on the market in terms of supply of these houses and also get advice plus other services such as support them with mortgages, to be able to afford a house,” she said

Speaking on the requirements for people to access those services she said that they must have income and savings.

“Owning a house is a long-term project people should plan for it before and approach the bank later for further help,” she explained

In addition, Karusisi mentioned that this center will also facilitate getting affordable houses depending on their funds.

Speaking on what triggered the initiative she said that everyone aspires to have a home and BK is there to make their dreams come true.

Karusisi revealed that the center features various trusted developers to support the clients.

“We have many developers working with us, but we are also a bit selective for better quality,” she said adding that “We need to do business with developers who provide standards houses,”

Commenting on the diaspora corner she said that they’ve also seen a gap and wanted to fix it.

Rwandans live abroad and when they come for holidays or other reasons some may want to own houses but fail to do so due to the lack of information. She added

Eric Salongo Kalisa, the director of operations at See Far Housing Ltd is among the selected developers who will work with this center said that on behalf of the developers they assured clients to provide better services as well as houses with quality.

In addition, Kalisa said that they are also looking forward to helping everyone willing to own houses (Single, married, and families among others)

Speaking on the same occasion, Benjamin Mutimura, Chief commercial officer said that this corner will be used to sort out housing issues in general.

Mutimura further said that housing is the key to society Bk hopes to contribute to the wide range of efforts to the development of the housing market in Rwanda. 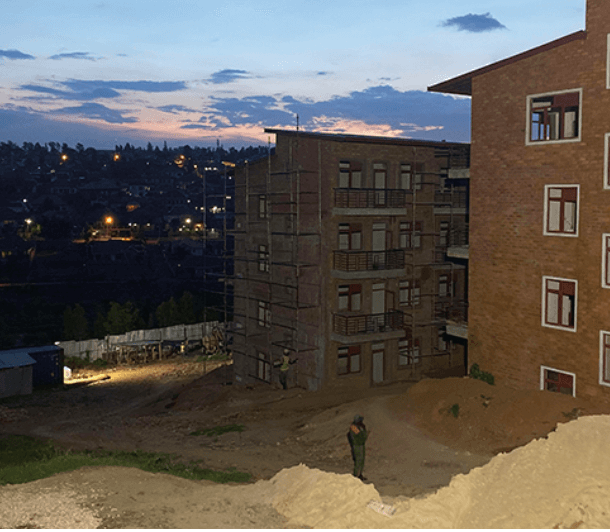