The day Ziggy’s Playground opened on a sun-drenched hilltop in Kigali, Rwanda, children needed no prompting to explore. Slides, stacked concrete pipes big enough for kids to climb through and two types of mazes (one made out of old tires) all beckoned — as did 200 multicolored beach balls.

Most kids there had never seen anything like it. American-style playgrounds are a rarity in the Republic of Rwanda.

The July 9 opening celebration was to inaugurate both the playground and an adjacent 52-unit affordable-housing complex, and some 200 adults attended (in addition to the eager kids). The chargé d’affaires from the U.S. Embassy was there, along with several Rwandan government ministers and the Israeli ambassador.

Also on hand for the ribbon-cutting were project leaders Debbie Findling and her husband, Steven Moss, two Jewish San Franciscans a long way from home.

As founder and board chair of the development company See Far Housing in Rwanda, Moss oversaw the design and construction of the condominiums. Findling took on a huge role in creating the playground, raising $75,000, much of it from Bay Area Jewish philanthropists. Fletcher Studio, an S.F-based landscape design company specializing in playgrounds, provided the architectural design pro bono.

The playground is named for Findling’s late German-born father, Fred “Ziggy” Findling, a Holocaust survivor who lost his parents to the Nazis and who came to the United States as an orphan in 1941.

Rwanda is no stranger to genocide or orphans. In 1994, the landlocked east-central African nation was convulsed in mayhem when Hutu extremists, spurred on by messages of ethnic hatred to attack the ruling class, slaughtered 800,000 men, women and children who were part of the country’s minority Tutsi community. As with the Nazis’ attempted extermination of Europe’s Jews five decades earlier, the world failed to intervene.

Because of that, Findling feels a kinship with the Rwandan people and the “notion of rebuilding.” (As many as 2 million fled the country during or immediately after the genocide, which took place over the course of 100 or so days.)

“The way Rwandans talk about the genocide feels really familiar to me in terms of my history as a daughter of a survivor,” she told J. “The pioneering spirit of rebuilding their country feels similar to the way I experienced Israel when I went there in the early ’70s as a kid.”

In her speech at the opening (delivered in English and translated into Kinyarwanda), Findling talked about her father, how his parents were murdered, and how he came to America as a boy.

“His childhood was lost to war and genocide,” she said. “But he never lost his childhood spark. He raised my siblings and me to have a commitment to tikkun olam. We built Ziggy’s Playground in his memory to give Rwandan children a place to experience carefree play.”

Among the dignitaries present at the ceremony was Ron Adam, Israel’s ambassador to Rwanda since the Jewish state opened an embassy there in 2019. He, too, saw similarities in the Rwandan and Jewish historical experiences, especially in terms of both peoples “building a new nation” in the wake of unbearable tragedy, Rwandans are eager to learn from the Jewish story, he said — about how Jews have moved forward since the Holocaust, how they have addressed trauma and the issue of intergenerational trauma, and how they have shared their testimonies and history. “All these things we have some experience with,” Adam said.

Findling, 58, works in San Francisco as strategic philanthropy adviser with the Lisa and Douglas Goldman Fund. A longtime Jewish community professional, she co-founded the Memory Garden, a peaceful area at Eternal Home Cemetery in Colma to heal from and mourn pregnancy losses and infant deaths, and authored two powerful op-eds for J. in recent years: one about her difficult decision to end a pregnancy, and another about the abuse she suffered at the hands of a JCC professional in Southern California.

She and her husband, little by little, have strengthened their ties to Africa. Moss is a former budget adviser to the Treasury Department and a public policy consultant (among other things) who lost a tightly contested race for a San Francisco Board of Supervisors seat in 2010.

Having made 10 trips to Rwanda between them in the last two years, Findling and Moss now consider Kigali a second home. The couple even bought a unit in the new complex next to Ziggy’s Playground.

“It’s very cosmopolitan,” she said of Rwanda’s capital and largest city with a metro population of 1.13 million. “They call [Rwanda] the Switzerland of Africa. ‘The Land of a Thousand Hills.’ The hills are reminiscent of San Francisco. There are Michelin-quality restaurants, art galleries. It’s a vibrant city.”

Rwanda has come a long way toward healing and reconciliation. But echoes of the slaughter, known in Rwanda as the genocide against the Tutsi, still reverberate three decades later.

Also attending the ceremony was Angelique Mukeshimana, 35, who was 8 when the massacres in Kigali took the lives of both of her parents. She not only survived, but is today a mother of three and the sole proprietor of a landscaping company. She implemented Fletcher Studio’s design for Ziggy’s Playground.

“I lost my parents when I was young,” she said. “I never had time for a playground. We survived just by hiding away. We never got time to play, never got time for love. I asked [Debbie] who Ziggy was, and she explained.”

“We have become friends, as we feel a close connection due to our shared histories,” Findling said. “Since we are both mothers, we also feel a strong desire to try to break the cycle of lived and inherited trauma so our children can instead inherit a life of peace and joy.”

The connections Findling and her husband have with Africa long predate the opening of Ziggy’s Playground. Moss first visited the continent in 1988 as a Peace Corps volunteer in Senegal. And as a budget adviser with the Treasury Department from 2006 to 2011, he assisted with public finance reform policies in Niger and Senegal.

Their ties to Rwanda began after a family friend, the late Anne Heyman, learned in 2005 that the country had 1.2 million orphans, which spurred her to launch an initiative, the Agahozo-Shalom Youth Village in Kigali. It was modeled after an Israeli kibbutz, Yemin Orde Youth Village, founded in 1953 as a haven for child survivors of the Holocaust. Agahozo-Shalom did the same for orphans and other at-risk youth in the wake of the Rwandan genocide.

Like a kibbutz, Agahozo-Shalom needed to generate income beyond charitable donations. Heyman, a native South African who lived in New York City, asked Moss to oversee business development for the nonprofit.

“We started doing housing,” Moss said. “We thought it was a good bet because construction jobs pay well, and there’s a dire need for affordable housing” in Rwanda. He said his company is called See Far Housing “because there’s a saying: If you see far, you can go far.”

Opening those first 52 condos of what will eventually be 500 homes proved a welcome milestone for Moss.

“It was an enormous relief and a source of pride that we were able to develop those buildings,” he said. “It wasn’t just the ordinary stress of trying to get something done in a complicated place with vast cultural differences. There was also Covid.”

Moss pitched to his wife the idea of the playground about eight months ago. “Why don’t we build a playground at the apartment complex and name it after your father?’” he asked her. Ziggy died in May 2019.

Born Siegfried Findling in 1930 in Cologne, Germany, Ziggy was the son of Polish immigrants. By the time he was 5, he and his family were subject to Nazi Germany’s increasingly vicious crackdown on Jews. In 1938, Ziggy’s father, a noncitizen, was deported to Poland.

His mother fled to Belgium with Ziggy and his four siblings, who were then hidden in various orphanages. Ziggy and two brothers, along with the 100 children in his orphanage, were eventually transported to a rural village in Vichy, France, where they remained until 1941. By then, first lady Eleanor Roosevelt had started Save the Children, with the goal of rescuing 10,000 Jewish youth from Nazi-occupied Europe.

In September 1941, Ziggy and his two brothers boarded the S.S. Serpa Pinto in Lisbon, Portugal, and two weeks later they passed the Statue of Liberty in New York Harbor. A photo of a beaming Ziggy (cropped from a photo of him and 15 other smiling kids poking their heads through the ship’s railing) is part of the Ziggy’s Playground logo.

His two sisters were hidden in a convent until war’s end, coming to the United States in 1948. Their parents were murdered, their father in a massacre in the Polish woods, their mother at Auschwitz.

Ziggy wound up in Detroit, where he thrived. “He was an attorney and put himself through law school,” his daughter Debbie said. “He had this incredible zest for life and a commitment to the underdog. In the 1960s, my dad volunteered in the civil rights era to defend wrongfully accused African Americans in the South. He always looked out for children. He understood he was rescued from war-torn Europe by strangers who paid for his passage.”

Based on his experience, Moss believes Rwanda has come a long way toward healing and reconciliation. This is all the more remarkable as Hutus and Tutsis once again live side by side.

“Rwandans live next door to the people who killed their families,” Moss said. “It makes a playground more important. There needs to be more joy visited on a place that experienced such terror and hatred, and that seemingly disappeared into thin air.”

Findling echoed the same sentiment at the ribbon-cutting ceremony.

I was very happy to discover this website. I want to to thank you for your time due to this fantastic read!! I definitely liked every little bit of it and i also have you book marked to check out new things on your blog.

Thank you for reaching out 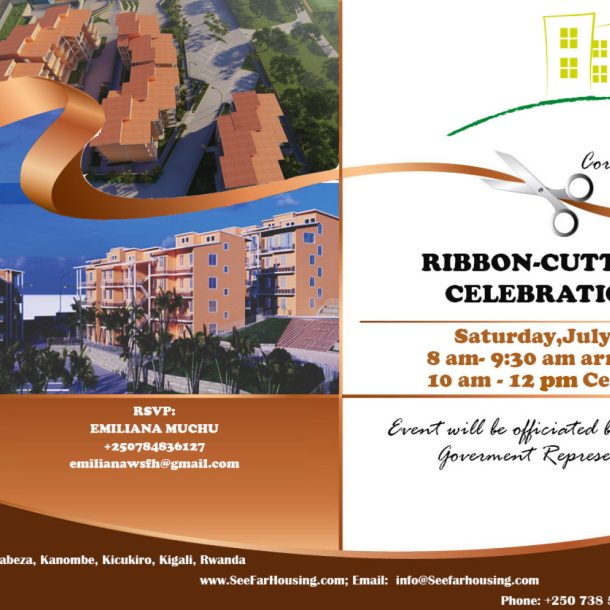 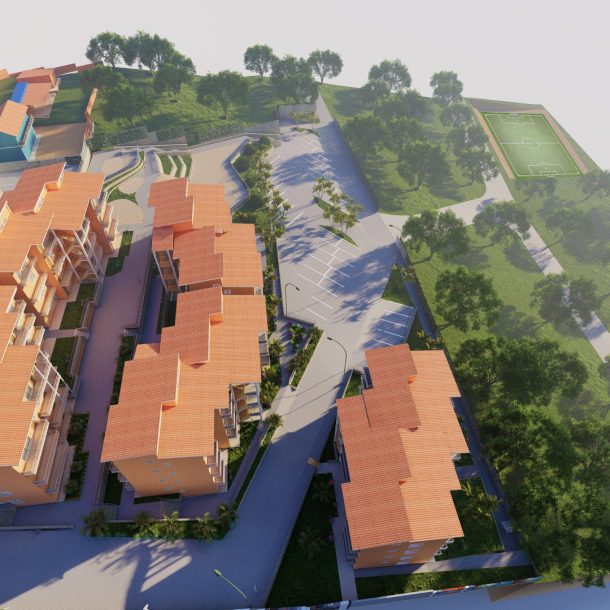