“It costs the same to build an “affordable” house as it does a market rate one,” my friend, Chris Block, presently San Francisco’s Chronic Homelessness Initiative Director, told me almost two decades ago.

That’s still roundly true. Modest savings can be achieved by deploying different construction techniques, materials, and modular units, such as those manufactured by Factory_OS.  Mostly, though, the only way to significantly lower costs is to build (much) smaller units, with communal – shared bathrooms and kitchens – amenities, thereby reducing the number of appliances and fixtures that need to be installed; slash borrowing rates; or secure subsidies, such as tax waivers, credits or direct provision of land or services.

Despite knowing these challenges, several years ago I helped launch an affordable housing company in Rwanda, an East African country that’s home to more than 13 million people. Shelter quality there varies tremendously depending on income and location. Poorer people in rural areas mostly occupying mud walled homes, with little access to indoor plumbing or electricity. In contrast, over the past decade the capital, Kigali, has been transformed from a city of dirt roads, traditional clay and thatched roofed houses, and a handful of cafes and western-style restaurants to one in which even a five-star tourist would be comfortable.  While asphalt-paved streets aren’t universal, the urban area now features a mix of modern medium-rises, elegant villas, and basic, tin-roofed brick homes that might fetch $100,000 or thereabouts in Detroit or Dayton.  Few units are available for less than $60,000; almost none below $30,000.

See Far Housing – named after a Rwandan saying, “if you see far, you will go far” – was determined to build quality, medium-rise residences in Kigali, priced to be affordable to working class families: teachers, civil servants, tradespeople. We planned to offer a mix of studios to four-bedroom apartments that, if not at San Francisco standards, would pass muster as solid entry level homes in Michigan or Ohio, within reach of families with annual household incomes of roughly $15,000.  With apartment ownership roughly as desirable to Rwandans as it was to Americans in the 1950s, communal amenities – playgrounds, athletic fields, gardens, even a first-of-its-kind vehicle sharing pod – would be important selling features.

Neither I nor the rest of the management team drew salaries or were even reimbursed for the 20- to 25-hour flight to Kigali from the East or West Coasts.  But we wanted to make a profit, mostly to be directed to Agahozo-Shalom Youth Village, which’d emerged from Rwanda’s mid-1990s genocide to take care of more than 500 vulnerable youth, and for which I was a founding board member.

When See Far started out the Rwanda government offered to provide public infrastructure – roads, water, septic, and the like – at no cost if a development either was medium density, or at least 70 percent of the units were priced at $35,000 or less.  San Francisco, where homes sell as soon as they’re built, requires no more than 30 percent of new houses in a complex be affordable.  Securing infrastructure subsidies was essential for the project to be profitable. See Far eagerly opted for the medium density scheme, voluntarily proposing that more than half the units meet the government’s affordable criteria.  This was possible, in part, through the use efficient brick technology innovated by the Swiss Agency for Development and Cooperation, SKAT bricks, with the less expensive units tight three bedrooms or smaller.

To build homes See Far needed land.  Our team identified a beautiful 7.5-hectare parcel not far from the Kigali International Airport, for sale at a quite reasonable price, mostly because it was zoned industrial. The City of Kigali was eyeing it for use as its first central sewage treatment plant, an unlikely outcome given that another site was already being developed for that purpose.  Fortunately, the general plan was being revised, with strong interest in increasing housing supplies.  See Far was able to rezone the property, for which we’d purchased an option, for medium density residences, sharply increasing its value.

We secured financing from sympathetic, extremely patient, American and Swiss investors, and started to build our first 52 units on a half-hectare, a stutter step to constructing another 600.

Every developer on the planet knows that nothing proceeds as planned.  The trick with construction is knowing when to zig, when to zag, and sometimes, when to quit. The first brick in See Far’s wall, so to speak, was SKAT. Brick is beautiful and can be made in Rwanda using amply available clay.  But SKAT’s approach wasn’t engineered for the up to five-floor buildings we were developing, civil engineers in Rwanda had little knowledge of its design capabilities, with the blocks notably more expensive than SKAT predicted, and difficult to source. Bricklayers tended to slop on too much mortar, creating an uneven effect that wasted cement, expensively imported from Tanzania, degrading any lingering savings that might’ve been squeezed out of the process. Our expected profits ticked down a notch.

Not that there are many alternatives. A landlocked country with no rail access, importing anything into Rwanda is expensive.  Other than clay, few natural resources are available: no significant forests for wood harvesting, limited capacity to produce cement, ceramics, or even metal frames. Experiments are underway to develop bamboo and recycled plastic as a roofing material; rammed earth offers niche opportunities.  The only available cost-effective substitute for bricks is CLC blocks, dependent on imported bonding material and only recently available. Unskilled labor is cheap, accomplished workers hard to fund.

Construction was going well, managed by a quite capable South African, Johan Geldenhuys, with procurement handled by a dedicated and skilled Rwandan, Eric Kalisa. There were workforce issues, to be sure, with a deficit of truly skilled tradespeople and middle managers.  The government was slow walking our infrastructure subsidy submission, requesting multiple, repetitive, rounds of redesign requests and clarifications.

Almost half the units were presold, with small deposits down. We’d engaged a spirited team of pro bono architects in Monterey and San Francisco who were carefully planning the next phase.

Supply chain disruptions; lockdowns; curfews; rapidly escalating materials prices; more lockdowns.  See Far’s immune-compromised (volunteer) chief executive officer, Micky Padway, contracted COVID. After more than a week of dire worry she surfaced back into wobbly health, but was largely grounded in New York, unable to risk travel. I flew to Rwanda several times during the pandemic, getting tested repeatedly, but left early from a trip in the fall of 2020, fearful of being trapped in the country lest I be virus exposed.  Did I mention lockdowns?

After rendering preliminary approval for our medium-density scheme to receive infrastructure subsidies, the Rwanda government notified us that, given the ruin of their general fund, that was no longer possible.  We’d have to hit 70 percent affordable, which’d open access to a largely unused pot of World Bank affordable housing monies.

We recrafted our pricing, stretching to hit 70 percent.  It was impossible, especially given that, apart from an infusion of international financing, the global pandemic had flatlined the Rwandan economy. The number of presold units dribbled to a small handful. The government didn’t respond to our Hail Mary infrastructure requests.  Our homes wouldn’t sell unless toilets flushed and lights switched on, at a cost of roughly $1 million.

Insert the expletive of your choice here.

We zagged, securing infrastructure financing from a sympathetic social investor, betting that the government would ultimately return to its original medium-density agreement.  Backed by American and European donors, the government waived value-added taxes for investors, a conceptual 18 percent savings on materials, though challenges securing the exemption, and eligible vendors jacking up their prices, halved that value.

Construction delays, material price inflation, extra expenses for a vain attempt to secure government subsidies had eroded profits on our 52 units.  But our land’s worth increased, potentially making up for these losses in the long run.

The first phase is almost complete, with See Far raising funds for a playground and sports facilities. Image: Courtesy of Eric Musabyimana

We hope to finish the units next month. We don’t (yet) have the $100,000 needed to include a children’s playground and athletic fields, amenities that’d fully demonstrate the benefits of medium density living. Sales are picking up, though the most expensive units, the four bedrooms, have yet to attract buyers. We’re optimistic that once the homes are fully outfitted with doors and windows, lighting fixtures and water, they’ll sell. Then again, if we weren’t optimistic we wouldn’t be building affordable homes in East Africa.

Like many a developer, if we knew how hard the voyage would be we’d never have started it.  But then, 52 Rwandan families wouldn’t have a nice place to live, for many their first step on the ladder of home ownership.

With almost no other affordable housing developers active in the country, the government is considering lowering its affordability percentage to 40 percent for medium-density complexes, making good on its original infrastructure offer. Our fingers are crossed, while our minds anxiously mull over what to do next. 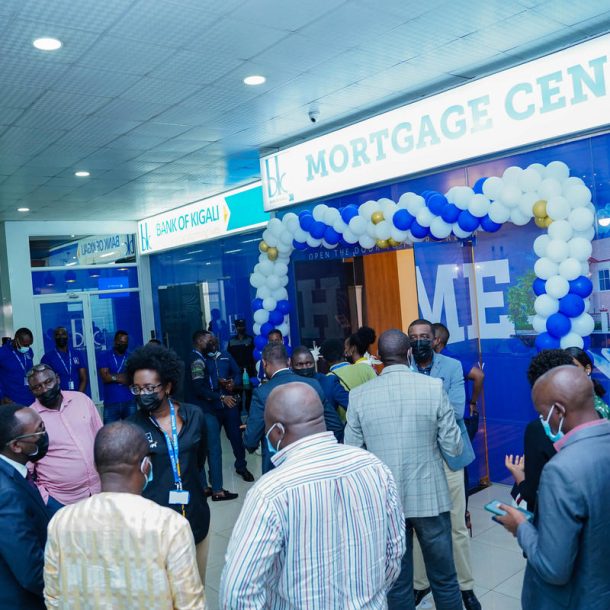 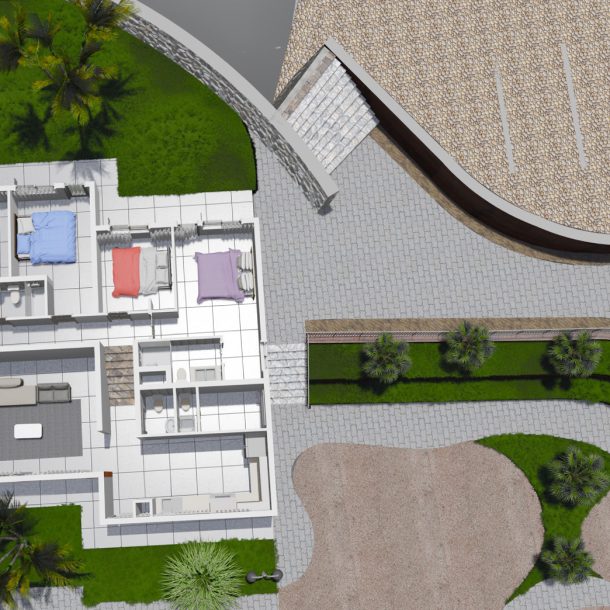 See Far housing reaching out to you directly on our social media platforms.
Next Article
Copyright © See Far Housing Limited